Over the past week, Florida has added more than 65,000 new cases, averaging nearly 9,300 new positive tests for COVID-19 a day.

The newest wave of infections is reigniting calls for a statewide mask mandate in Florida and the idea is now garnering bipartisan support.

State Rep. Mike Caruso, R-Delray Beach, has joined with Democrats who have been calling for a mandate since the early days of the coronavirus pandemic.

“The masks should have never been a political divider for our state and for our country,” Agriculture Commissioner Nikki Fried said.

“Leadership has got to start at the top,” Fried said. “So hopefully Representative Caruso’s courage to come together and to really make this a nonpartisan issue is the first step to making those changes.”

In recent days, local governments have launched new efforts to encourage mask wearing among residents. Tampa’s “Choose Your Mask” campaign is pushing a flier that implies the choice between wearing a face mask or ventilator.

But the local campaigns are only symbolic in nature. The governor’s latest pandemic executive order bars local governments from actually enforcing mask mandates.

Dr. Ron Saff, who serves on the board of the Florida Physicians for Social Responsibility, said any movement towards mask enforcement is a step in the right direction.

“And our political leaders in the House, in the Senate, they should have stepped up a long time ago to put the reins on Governor DeSantis,” Dr. Saff said.

Rep. Caruso has said he intends to push his fellow Republicans to enact a statewide mask mandate in the 2021 session, but a legislative mask mandate would have to survive the governor’s veto pen.

Attempts to reach Caruso for comment on this story were unsuccessful. The governor’s office said it has not yet been contacted by the state representative. 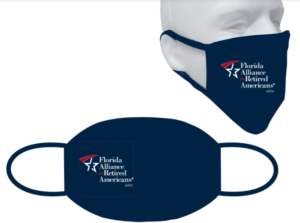 FLARA needs your support! Your generosity is what allows FLARA to continue offering quality events and political engagement. All donations of $30 or more will receive a FLARA face mask!!! (while supplies last).

A White House Coronavirus Task Force report about the state of the pandemic in Florida made public Saturday urges state leaders to take immediate action to slow the virus’ spread. Officials should close or severely limit indoor dining, limit capacity at bars and issue stronger policies around mask wearing, the report states.

Those are the same public health measures that Gov. Ron DeSantis has publicly assailed for months as ineffective. While he was making the case for no new business restrictions, DeSantis’ office refused to publicize reports from the task force which recommended a more robust public response.

The Dec. 6 report, which was obtained by the Center for Public Integrity, is one in a series of weekly reports which the governor’s office has refused to regularly provide news organizations. The Miami Herald has not received any of these reports from the governor’s office.

Although some Republican governors have aggressively promoted social distancing measures and coronavirus restrictions in their states — including Maryland’s Larry Hogan, Massachusetts’ Charlie Baker and Ohio’s Mike DeWine — Florida Gov. Ron DeSantis has drawn a great deal of criticism from Democrats for not taking the COVID-19 pandemic as seriously as he should. And Florida newspapers have been critical of DeSantis for not being more up-front about the pandemic’s impact on the Sunshine State, including some newspapers that have taken aggressive legal action.

The Associated Press reports that two Florida newspapers, the South Florida Sun Sentinel and the Orlando Sun Sentinel, are suing the DeSantis’ administration for failing to publicly release reports about pandemic conditions in the state. Julie Anderson, who serves as editor-in-chief of both publications, is quoted as saying, “The state has given us no explanation as to why this crucial health information should be withheld. We had no choice but to ask a court to intervene to uphold the public records law.”

The White House coronavirus task force, according to AP, believes that Florida needs to do a lot more to discourage the spread of COVID-19. The Center for Public Integrity, AP notes, has obtained a copy of a report the task force issued on December 6 — and the report’s recommendations for Florida include more social distancing and discouraging indoor gatherings in bars and restaurants.

According to the report, “Florida has seen stability in new cases, an increase in test positivity and increasing hospitalizations and deaths, indicating unrelenting community spread and inadequate mitigation.”

DeSantis, however, has been resisting a mask mandate and tougher coronavirus restrictions for businesses. The far-right Florida governor recently said, “No one’s losing their job because of a government dictate. Nobody’s losing their livelihood or their business.”

The White House’s coronavirus task force is headed by outgoing Vice President Mike Pence, and Dr. Deborah Birx is its response coordinator. Expert immunologist Dr. Anthony Fauci is also part of the task force, and President-elect Joe Biden has asked Fauci to be a chief medical adviser for his coronavirus response team in 2021.

Last week, the United States suffered some of its deadliest days yet during the coronavirus pandemic — including more than 3300 deaths on Thursday, December 10. According to Johns Hopkins University in Baltimore, the pandemic has killed more than 1.6 million people worldwide and over 299,000 people in the U.S.

Nearly 500,000 Florida residents could lose their unemployment benefits by the end of the month, according to a recent report by the Century Foundation.

A Boca Raton resident named Stephanie, who did not wish to provide her last name, said she wouldn’t have any income next year without any new federal support.

She has been living off unemployment since May.

Her job with the cruise lines is currently on hold, and she’s terrified her source of income will stop on Dec. 26.

“Who is going to hire me at any job? My job is gone,” Stephanie said.

The Century Foundation reports up to 12 million workers rely on unemployment programs, including nearly 500,000 in Florida. These workers could lose their benefits when two main CARES Act programs expire.

“This is like Santa Claus quit and is nowhere to be found,” Stephanie said.

Without a new CARES Act from Congress, those programs will expire and leave people like Stephanie with no income.

“What are we going to do with thousands of people getting no income?” Stephanie asked.

“I get a lot of desperate emails and calls from constituents that are very worried come the end of December,” Slosberg said. “There is a lot of pressure on Congress to act.”

She said Florida’s Lost Wages Assistance program also expires at the end of the month.

Slosberg said unless Congress passes a new CARES Act, there would not be any additional unemployment funding.

“It really would take a special session,” Slosberg said.

This week the Social Security Administration (SSA) sent the Trump administration’s Office of Management and Budget (OMB) a proposal that, if implemented, could prevent nearly half a million Americans from receiving Social Security Disability Insurance (SSDI) benefits. As of now, SSA is required to consider age, education and work experience when determining whether a person meets the statutory definition of disability. Social Security experts say the proposal is likely to change the formula and eliminate one’s age from the equation. This change would make it harder for seniors to qualify, and could push thousands into poverty.

“This is outrageous. The Trump Administration could pull the rug out from millions of Americans, especially older Americans, in the waning days of its Administration,” said Alliance Executive Director Richard Fiesta. “Since the day he took office, President Trump has claimed he would protect Social Security. He is showing his true colors again.”

“We are in a pandemic that is hitting older Americans the hardest. Our government should be helping Americans who can no longer work due to a disability, not scheming to deny them the benefits they have earned over a lifetime of hard work,” Fiesta added.

On Monday, President-Elect Joe Biden announced that he selected Xavier Becerra, a former congressman who earned a 99% lifetime pro-retiree record in the Alliance’s annual Congressional Voting Record, to be Secretary of Health and Human Services.

Becerra, a strong ally of retirees, was the Ranking Democrat on the Ways and Means Subcommittee on Social Security from 2011–2017. If confirmed, he will run the Centers for Medicare and Medicaid Services (CMS), set rules governing nursing homes, and implement the Affordable Care Act (ACA). Becerra is a long-time proponent of the ACA and will lead the Biden Administration’s effort to protect and strengthen the program that provides health insurance for millions of Americans.

“The ACA has been life-changing and now through this pandemic, we can all see the value in having greater access to quality health care at affordable prices,” said Becerra. “Now is not the time to rip away our best tool to address very real and very deadly health disparities in our communities.”

President-elect Biden also nominated Dr. Rochelle Walensky as the Director of the Centers for Disease Control and Prevention (CDC). Walensky is currently the chief of infectious diseases at Massachusetts General Hospital and a Harvard Medical School professor.

“We are confident that this is the team who will not only defeat the pandemic but work to improve and protect Medicare and Medicaid,” said Robert Roach, Jr., President of the Alliance. “After years of assault on the retirement health benefits we have earned, this change could not be more welcome.”

Covid-19 Vaccines are on the Way. Here’s what Seniors Can Expect. 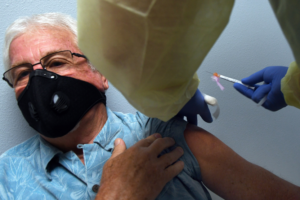 The Food and Drug Administration’s (FDA) advisory panel evaluated Pfizer’s Covid-19 vaccine on Thursday and voted 17 to 4, with one member abstaining, in favor of its emergency authorization for people 16 and older. With rare exceptions, the FDA follows the advice of its advisory panels.

Moderna’s vaccine is expected to go before the panel on December 17th. Both vaccines have been highly effective in preventing the spread of the virus in adults aged 65 and older tested so far, but some questions regarding how the vaccines will specifically affect seniors remain unanswered.

Federal officials have said that side effects would be closely monitored during the upcoming trials.

Seniors in nursing homes and assisted living centers will be among the first Americans vaccinated, following recommendations last week by a federal advisory panel. Older adults living at home will have to wait a while longer.

Among the issues that remain are concerns about side effects and whether the vaccines offer meaningful protection to seniors who are frail or have multiple chronic illnesses.

“Effective vaccines are critical to ending this pandemic in the United States, but they are only one part of the solution,” said President Roach. “We must stay vigilant, remain physically distant as much as possible, and always wear masks when we are near others.”

Alliance members and retirees from participating unions continue to take part in a series of phone banks to help Jon Ossoff and Raphael Warnock win their respective Senate races in Georgia. If you live in Georgia you can confirm your polling location at www.georgia.gov.

The next phone bank shift will be on Tuesday, December 15th at 2:00 Eastern Time, and you do not need to live in Georgia to participate and call Alliance members in the state. Click here to sign up.

Early voting begins on December 14 and Election Day is January 5, 2021.

“If Jon Ossoff and Reverend Warnock win, we can stop current Senate Majority Leader Mitch McConnell, Kelly Loeffler and David Perdue from trying to cut our hard earned Social Security benefits,” said Joseph Peters, Jr., Secretary-Treasurer of the Alliance. “With a Democratic Senate, expanding Social Security and strengthening retirement security is possible. The stakes could not be higher.”