A New Day for the Civil Service

This is the only notification you will receive regarding Open Season

If you are satisfied with your current health plan, you do not need to do anything

For General Open Season information, click the above link to use Live Help or send a secure webmail message.

For information on Medicare, visit www.medicare.gov.

If you are having trouble reading this email you may copy and paste the following link into a web browser’s address bar: https://retireefehb.opm.gov

Please do not reply to this email. The Office of Personnel Management will not respond as it is not a monitored mailbox.

The Social Security Administration announced on Tuesday that its annual cost-of-living adjustment (COLA) will be 1.3 percent in 2021, which means an average $20 boost in retirement benefits per month. This year’s COLA is the smallest since 2017 and slightly under the 1.4% average over the past decade.

“The members of the Alliance are disappointed and angry that Social Security beneficiaries will receive a paltry 1.3% benefit increase,” said Richard Fiesta,Executive Director of the Alliance in a statement. “While any COLA is better than nothing, 1.3% is not nearly enough to keep up with the escalating cost of prescription drugs and other expenses seniors have to spend their money on.”

He noted that at least 16% of seniors who work have lost their job due to the coronavirus pandemic, making Social Security a larger portion of their income.

As we are heading into the vitally important presidential election, we encourage all of you to vote in defense of your jobs, families and union.

We want to take a moment to bring you up-to-date on the status of the campaign to save the public postal service, defeat plans for postal privatization and build a better future for postal workers.

We have been inspired this past year by your dedication and activism and the outpouring of public support for their Postal Service and for postal workers. As we’ve commemorated the 50th anniversary of the Great Postal Strike, the power of our collective efforts remains clear today – from the streets, to the workplace and the ballot box.

The Coronavirus pandemic has had a profound impact on the lives and health of postal workers. It has also had a deep economic impact, causing projected losses of $50 billion in postal revenue in the coming years. Since tax dollars do not normally fund the Postal Service, a large drop in revenue will likely cause the USPS to run out of money early next year.

Since March, postal workers, our allies and members of the community have been fighting for Congress to pass vital COVID-related emergency funding for the U.S. Postal Service to sustain our jobs and its mission as a public service.

Two million signatures to “Save the Post Office” were presented to Congress. 60,000 phone calls were made to members of Congress through our legislative hotline. We have been at the forefront of organizing thousands of in-person events in every state and territory. We have held car-caravans, educated our neighbors, built support in the workplace and taken the fight to the media.

You can be proud of what we have done together. PMG Louis DeJoy has been forced, at least temporarily, to halt policies that have led to severe mail delays. We have defended the integrity of vote-by-mail and of the proud postal workers who move election mail. After months of pressure, the House of Representatives passed the HEROES Act, which contained $25 billion in Coronavirus-related relief for USPS, as well as hazard pay for front-line workers, including postal workers.

The Senate leadership has refused to take up the HEROES Act and address financial support for the Postal Service, thus any new stimulus package appears unlikely prior to the presidential election.

But we are not discouraged. This fight is far from over. We can and must continue until we secure and expand the role of the Postal Service as a source of good union jobs and universal postal services.

So, we encourage you to do three things to win this fight.

1. Vote to Defend Your Jobs and the Postal Service

After months of delays for financial support for the USPS, it’s clear that we need to elect leaders who listen to our voices and support our needs. Participate! Click here to find out how you can get involved in APWU’s Labor 2020 election campaign.

2. Promote the Integrity of Vote-by-Mail

It’s safe, secure, virtually free of fraud. It is part of how we proudly serve the people of this country. It is the only way that tens of millions of voters will have safe access to the ballot box. Remind your community that postal workers can be trusted to get the job done!

3. The Struggle Continues – November 17 – Save the Date for National Mobilization

In November, we must mobilize again. The PMG has said that he will reinstate his regressive policies after the election. The USPS will be even closer to the COVID-related financial crisis. We’re preparing to mobilize on November 17 to fight off service cuts and call for a renewed commitment to the prompt and robust postal services the public deserves!

Stay tuned and stay strong! Together, we will win!

Voted vote-by-mail ballots are accepted at Early Voting sites and may be dropped off in a secure Ballot Drop Box. 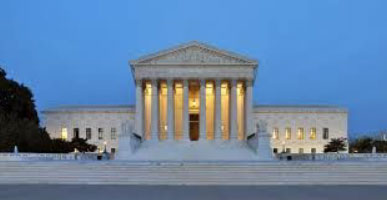