Your next Florida Power & Light electric bill is going way up. Here is why and how much

This change not only accounts for a five-year base rate increase approved by the Florida Public Service Commission in October, but a $6.82 per month adjustment for rising natural gas prices.

Also with the start of the new year, NextEra Energy, the parent company of the Juno Beach-based utility, took over the footprint of Gulf Power Company, now known as Florida Power & Light in Northwest Florida.

Northwest Florida customers who paid $129.24 per month last year for 1,000 kilowatt hours of electricity a month as Gulf Power customers will be charged $155.61, which includes a $6.83 per month increase for fuel costs. Read More

As people in Collier County flock to the Department of Health to get their Covid-19 testing.

But a new surge could be making it’s way to Florida.

“I’ve been feeling crummy for days and I tested negative earlier,” said Trish Watson, a Naples resident. “I thought if it’s not covid then what is it?”

New cases of Flurona have been poping up all around the U.S.

And it has many people wondering, what is it?

“I’d like to read more about it and do some research first,” said Naples resident John Goodlet.

Kristine Hollingsworth with the Collier County Department of Health is working remotely Thursday.

But she thankfully had the answer for us.

“So Flurona is actually when someone tests positive for both the Flu virus as well as the Covid-19 virus,” said Hollingsworth. “That’s where the term Flurona has been coined.”

But luckily, there is a way you can help fight this virus off.

“The covid-19 vaccine, as well as the flu vaccine, help to slow the spread of both viruses,” said Hollingsworth.

And as cases continue to pop up around the state and the U-S, many are hoping they take this as a sign.

“I think if you’re immune-compromised or if you’re a senior over 60 or whatever,” said Watson, “I just think it’s really important to protect yourself to make sure you don’t get really sick when you get either one of these.”

Biostatisticians from the University of Florida predict that the latest omicron wave will lead to most of the state’s population potentially being infected by the virus.

“We find that the omicron wave in Florida is likely to cause many more infections than occurred during the delta wave, potentially infecting most of the state’s population in this wave alone,” their Jan. 4 report reads.

That checks out to be about 70 to 80-percent of the state being infected by COVID-19 overall, Ira Longini, professor of biostatistics and co-director of the Center for Statistics and Quantitative Infectious Disease, told WESH.

But, according to the data, omicron infections, while projected to be higher in quantity, are shown to be less severe than those caused by the delta variant — particularly among those who are vaccinated.

“This means that despite causing more infections, it is possible that substantially fewer deaths will result from the omicron wave. We estimate that omicron will cause 1/3 as many deaths as were caused by delta,” the report reads. Read More

Pharmaceutical corporations have already raised wholesale prices by a median of 4.9% on more than 450 prescription medicines in 2022, according to a new analysis by Stat.

The industry is expected to hike more prices throughout January. In 2021, the pharmaceutical corporations spread 783 price hikes throughout the first month of the year to avoid the heightened scrutiny of January 1 hikes. The initial batch of price increases includes a 4.9% increase on Trikafta, a blockbuster cystic fibrosis medication from Vertex that has no competitors and already has a list price of more than $311,000 per year.

A recent three-year investigation by the House Oversight and Reform Committee found that drug corporations increase prices in the United States because the government does not regulate or negotiate drug prices. The Committee’s report also revealed that price hikes went to executive bonuses and meeting revenue targets, not increased research and development or increasing the effectiveness of existing drugs.

“It is outrageous that legislation to lower drug prices and allow Medicare to negotiate with the drug corporations is stalled in the Senate,” said Richard Fiesta, Executive Director of the Alliance. “The industry’s monopoly power over prices is unjustified, and the American people are tired of paying the highest prices in the world for prescription drugs. Older Americans can’t wait any longer.”

How to Get Social Security Questions Answered

The Social Security Administration (SSA) has released a new flyer explaining how Americans can get help and information while the pandemic continues. It stresses that the best way for most people to find the information they need is on its website, www.SSA.gov.

Local Social Security offices are open by appointment only. All visitors must wear a mask, regardless of vaccination status. Visitors are asked to be prepared to wait outdoors when ability to follow physical distancing requirements is limited indoors and to come alone unless they require help with their visit. If you need help, only one person is allowed to accompany you.

A recent report by the SSA’s Office of Inspector General found that there was a sixty-five percent increase in calls to the SSA during the pandemic. 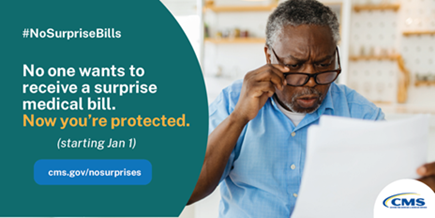 Thanks to the No Surprises Act, Americans are now protected from surprise medical billing. Since January 1, 2022, this new law has begun to protect

both the insured and uninsured from surprise medical bills. Consumers have new rights and easy options to dispute unanticipated charges – which is important, since more than half of U.S. consumers report having received an unexpectedly large medical bill.

Surprise medical bills average more than $1,200 for anesthesia, $2,600 for surgical assistant fees and $750 for childbirth. However, the rules have finally changed after causing anguish to patients for decades. Learn about your new rights as a consumer here.

“No one should receive a surprise medical bill or face financial ruin because they were unknowingly treated by an out-of-network provider during emergency care,” said Joseph Peters, Jr., Secretary-Treasurer of the Alliance. “Fortunately, patients now have protections.”

Karen Ferguson, the founder of the Pension Rights Center, a nonprofit organization that protects the interests of workers and retirees and helps promote legislation on their behalf, died on December 23 at her home in Washington, DC. 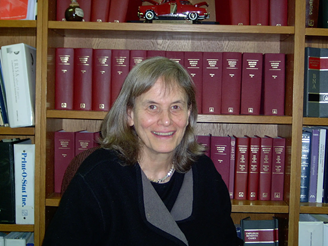 Ms. Ferguson successfully lobbied Congress for numerous pension reforms over more than four decades. She also personally handled thousands of individual claims from people who had worked throughout their adult lives but then had trouble receiving their full pension benefits.

She was instrumental in the creation and passage of the Butch Lewis Act, which was a high priority for many Alliance members. That measure, signed into law last year by President Biden, restored the pensions of more than one million people whose retirement benefits had been severely reduced.

“Karen aligned the Pension Rights Center with the Alliance. In addition to working with the Alliance on the Butch Lewis Act and other legislation, she spoke at the Alliance’s Pension Seminars and generously lent her expertise whenever she was asked,” said Robert Roach, Jr., President of the Alliance. “She took every opportunity to help people with pensions get the money they earned, and, on a more personal note, was a wonderful friend.”