ATTENTION: VOLUNTEERS NEEDED
We are looking for volunteers and need your help! This month, our office will be hosting two Thanksgiving Turkey Drives in District 35 – one in Broward and another in Miami-Dade. We are seeking volunteers to help us distribute turkeys and canned goods to the families of District 35. If you or anyone else you know is interested in volunteering, please click the link below to sign up:

Have a safe and Happy Thanksgiving! 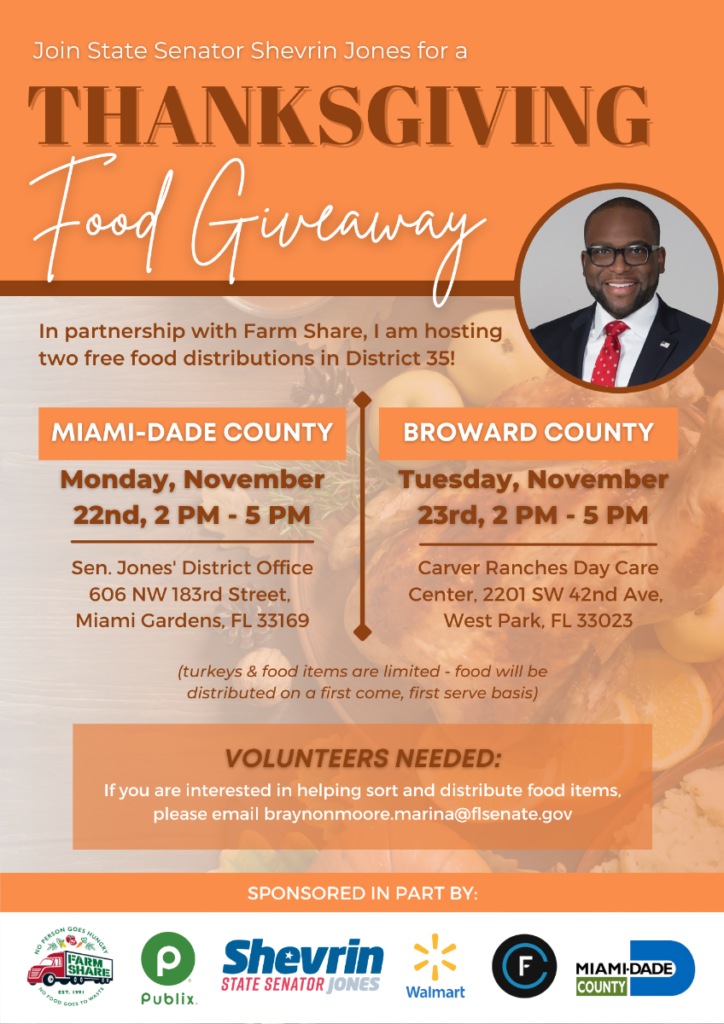 The APWU Health Plan has been serving America’s postal and federal workers, and retirees for more than 60 years.

See APWU Health Plan benefits and rates. See if it is the right choice for you and your family and enroll today!

Open Season runs from today through the Monday, December 13th.

All federal and postal employees, and retirees who are eligible to enroll in the FEHB Program may become members of the APWU Health Plan.

After registering, you will receive a confirmation email containing information about joining the meeting. 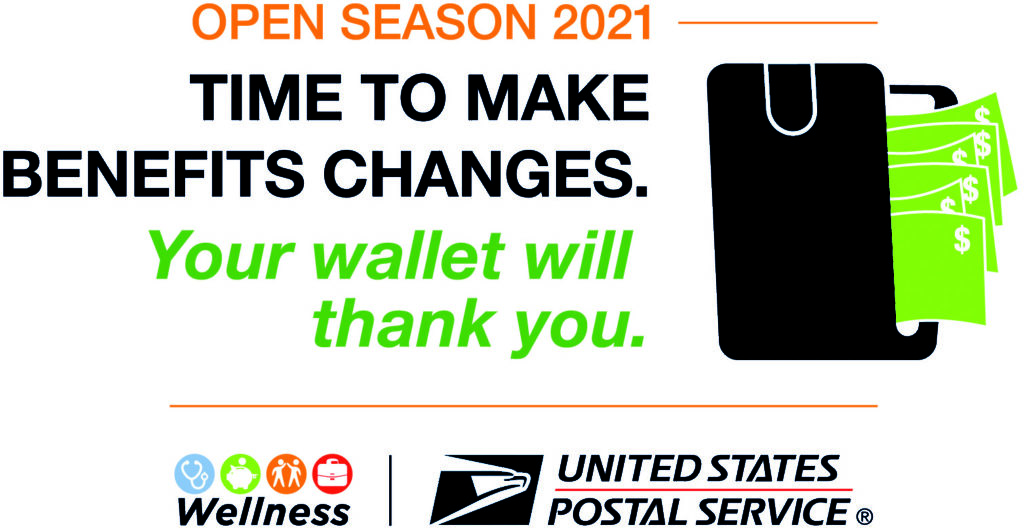 Open Season is here! Postal Service retirees who have already elected to participate in a FEHB plan may change their health benefits or enroll in new plans starting Monday, November 8, 2021 through Monday, December 13, 2021.

Annuitants can participate in live event days to speak with experts on four dates:

Register at the Virtual Benefits Fair site or via Keeping Posted.

The Postal Service is also offering educational webinars on Zoom specifically for retirees throughout Open Season, during the following dates and times:

Keeping Posted has additional tools to help you prepare, including FAQs, informational videos, Medicare options, and a link to CHECKBOOK’S Guide to Health Plans for Federal Employees. CHECKBOOK enables you to make side-by-side comparisons of FEHB plans, so that you can evaluate services and costs, including premiums, copays, and deductibles.

For more information, visit www.keepingposted.org or connect via Facebook.

If you don’t have internet access, join us by phone

Find a complete list of meetings and educational presentation at UHCRetiree.com/APWUHP.

You can find additional details relating to this change at: www.opm.gov/healthcare-insurance/life-insurance/program-information/#url=Premium s-for-Annuitants

As a reminder, you can view or print a copy of your annuity payment statement by using the OPM Retirement Services, Services Online platform located at www.servicesonline.opm.gov and entering your claim number and password. If you have forgotten your password, it’s easy to request another one. If you have an email address associated with your Services Online account, simply select the forgot password link from the login page to use our automated password reset system. Please visit www.opm.gov/support/retirement/ for help and more information about your federal retirement benefits.

Sponsored by:  City of Miami Gardens

Grab your lunch and join us on Facebook every Monday at 12 p.m. for a virtual Lunch n Learn.
Get the facts and learn about the risk factors of Breast Cancer. 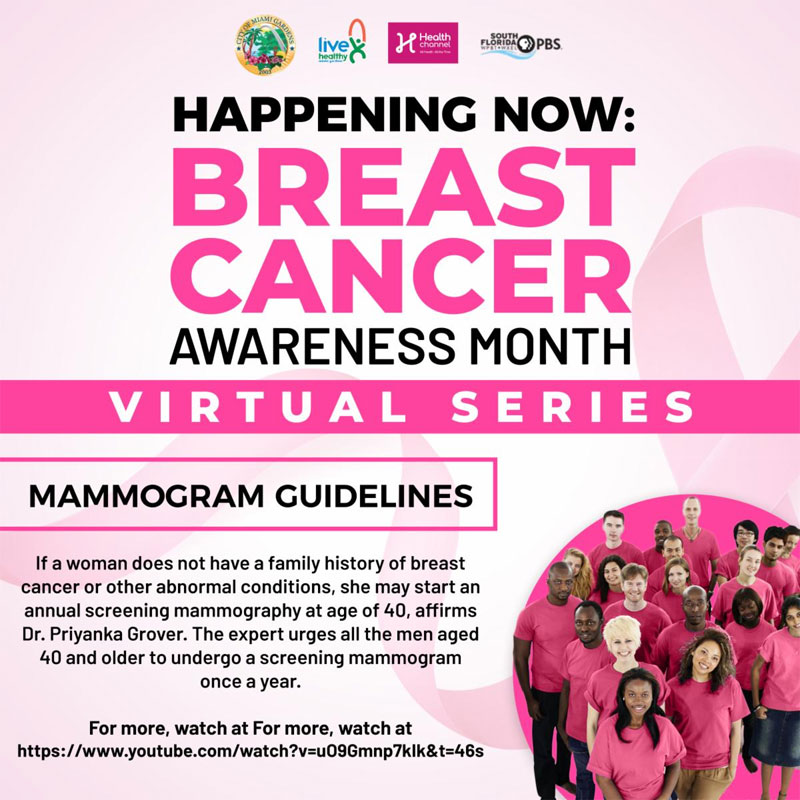 A New Day for the Civil Service

This is the only notification you will receive regarding Open Season.

If you are satisfied with your current health plan, you do not need to do anything.

For General Open Season information, click the above link to use Live Help or send a secure webmail message.

For information on Medicare, visit www.medicare.gov.

As Florida becomes U.S. epicenter of covid-19, it reports a wrong death count

California, Texas, New York and Illinois all together logged 73,116 new infections in the seven days leading up to Thursday, the Centers for Disease Control and Prevention reported.

The state took hours longer than usual on Friday to publish its weekly update to inform the public about pandemic statistics. And the late report contained an error in its death tally. Read More

The Florida Legislature has declared war on direct democracy

The Legislature has had it with intrusion on its power by the people of Florida.

This past session, lawmakers adopted Senate Bill 1890, sponsored by southwest Florida state Sen. Ray Rodrigues. It is a severe measure designed to shut down citizen petition gathering for constitutional amendments by limiting the financial contributions that are the oxygen of political movements.

This latest restriction imposes a cap of $3,000 on contributions to committees working to place a constitutional amendment before the voters or opposing a proposed amendment, is being challenged in federal court. Read More

Conflicting mask recommendations and orders from all levels of government and advocacy groups have emerged over the past few weeks, flustering the public as back-to-school season approaches.

Confusion is mounting over whether children should wear masks in school and whether their vaccination status should play a role in any guidance ahead of next month, when many schools plan to fully reopen for in-person learning.

President Biden addressed the debate this week, saying during a Wednesday town hall that he expects the Centers for Disease Control and Prevention (CDC) to urge unvaccinated students to wear masks in schools and to continue to advise vaccinated students that they don’t need masks. Read More

Medicare Anniversary events are being planned in several regions around the state. Keep and eye on your inbox for information as announcements are released.

Americans continue to pay the highest prices in the industrialized world for prescription drugs, and as Medicare’s 56th anniversary approaches on July 30, the pharmaceutical industry is spending millions to protect their sky-high profits.

More than 54 million seniors rely on Medicare for guaranteed, quality health coverage, and while the program is highly regarded, seniors are still struggling to afford their prescription drugs. A new analysis found that women on Medicare spent an average of $6,175 a year on out-of-pocket health care costs while men spent $5,375, much of it on prescription medications.

“Lower drug prices are an essential part of retirement security, and there is no reason for them to be this high. We know that if Medicare were allowed to negotiate lower prices, the way that the Veterans Administration does today, it would save $450 billion over the next ten years,” said Richard Fiesta, Executive Director of the Alliance. “Seniors are bearing the brunt of these costs and they cannot afford to continue paying these exorbitant prices.”

Additional Alliance anniversary events are planned during the next week in Florida, Iowa, Kentucky, Vermont and Wisconsin, and several more will follow in August and September. Social Security’s 86th anniversary is August 14.

As Medicare’s anniversary approaches, the Alliance is doubling down on our advocacy in support of lower drug prices.

Please help by signing our petition to Congress demanding that they pass legislation requiring Medicare to negotiate lower prices.

The Senate Health, Education, Labor, and Pension (HELP) Committee held a hearing Thursday morning on H.R. 842, the PRO Act. This bill would protect the rights of workers to unionize in several ways. In her opening statement, Sen. Patty Murray (WA), Committee Chairwoman, railed against the inaction on union protections, saying “[t]he National Labor Relations Act hasn’t been significantly updated since 1947, and the failure to do so has led to serious problems for workers trying to have a voice in their workplaces.”

The legislation will remove barriers that keep workers from forming a union and enable them to bargain for better wages, benefits, and safer workplaces. Workers who form or join a union have greater retirement security. Union workers earn more and can negotiate for benefits such as health care, pensions and employer contributions to retirement plans, which leads to higher income and increased Social Security benefits in retirement. Further, unions often come with negotiated defined benefit pensions, which provide lifelong retirement income.

The hearing fell during the AFL-CIO’s PRO Act Week of Action, with Americans across the country sharing their story and making a case for the bill. Alliance members in several states joined AFL-CIO members at events outside all 100 senators’ offices. The Illinois, Nebraska and Pennsylvania Alliance chapters were among those playing a key role in the events.

“The Senate’s PRO Act hearing made it even more clear that this legislation needs to be passed today,” said Robert Roach, Jr., President of the Alliance. “Rebuilding our economy has to include ensuring that every worker has the right to join or form a union and negotiate for higher wages, better benefits, and safer working conditions.”

New research published Tuesday in The Journal of the American Medical Association finds that collection agencies held $140 billion in unpaid medical bills last year – a number that has grown rapidly in just a few years. An earlier study examining debts in 2016 estimated that Americans had $81 billion in medical debt.

“These numbers are astounding. No person should choose between financial ruin and their health,” said Joseph Peters, Jr., Secretary-Treasurer of the Alliance. “This paper makes it clear that Medicaid expansion can really help people, and we need the twelve remaining holdout states to end their opposition to it.”

KHN: Though Millions Are at Risk for Diabetes, Medicare Struggles to Expand Prevention Program

Damon Diessner tried for years to slim down from his weight of more than 400 pounds, partly because his size embarrassed his wife but even more because his doctors told him he was at risk of developing Type 2 diabetes. His hemoglobin A1c level, a blood sugar marker, was 6.3%, just below the diabetes range of 6.5%.

Then, two years ago, one of his doctors helped get him into a YMCA-run Diabetes Prevention Program not far from his home in Redmond, Washington. The group classes, at first held in person and then via Zoom during the covid-19 pandemic, were led by a lifestyle coach. He learned how to eat better, exercise more and maintain a healthier lifestyle overall. He now weighs 205 pounds, with an A1c level of 4.8%, which is in the normal range.

“This has been a life-changing program,” said Diessner, 68, an environmental consultant. “My cardiologist said you have clearly beaten diabetes. I tell everyone who has blood sugar issues or just wants to lose weight that this is the thing to do.”