This week, I concluded my “Year of the US&R” statewide tour by recognizing Task Force 6 in Fort Myers and Task Forces 1 and 2 in Miami. At the ceremony, I honored them with a challenge coin and a ribbon for their service during the Surfside condo collapse last year. The challenge coin represents respect, unity and courage, values that Florida firefighters live by. I cannot thank these heroes and their families enough for their bravery during this unthinkable tragedy and the sacrifices they make to protect our communities every day.

I also had the opportunity to present Israeli Consul General Maor Elbaz-Starinsky with challenge coins to honor the brave members of the Israeli Defense Force who responded to the building collapse in Surfside. These heroes brought a tremendous amount of expertise and served as an incredible compliment to the mission. The bonds between Israel and Florida run deep and we’ll never forget the support they brought to South Florida. 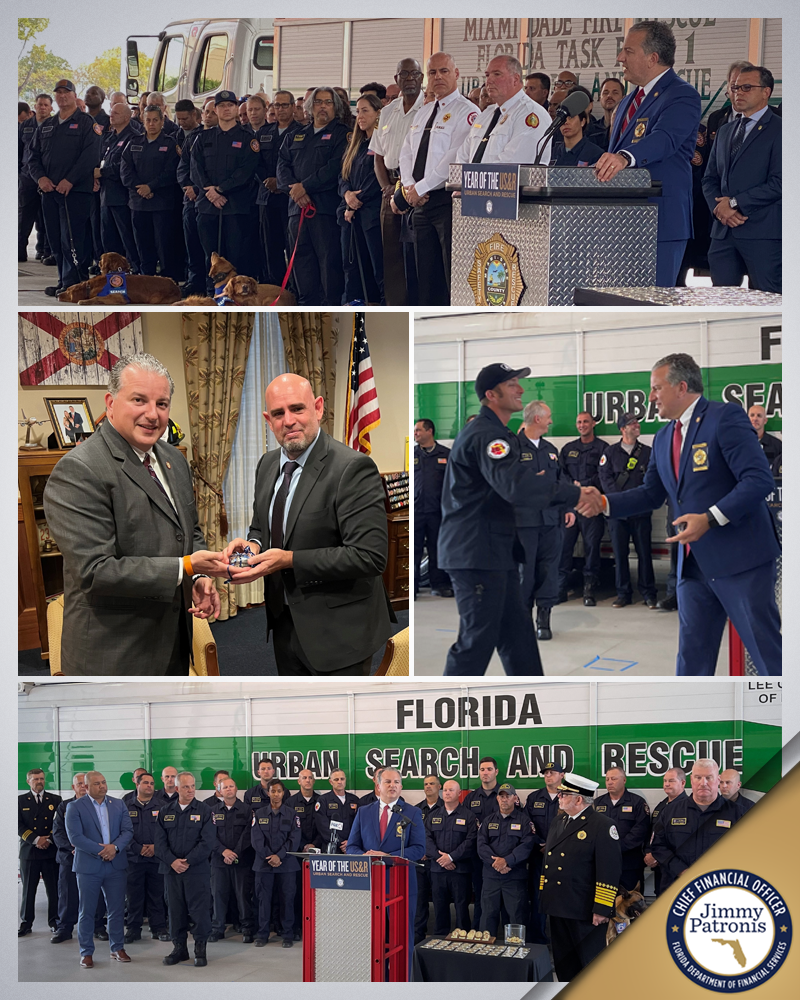 Yesterday, I encouraged Floridians to be on the lookout for fraud and scams during Fraud Prevention Month. This legislative session, I am fighting for Senate Bill 1292 and House Bill 749, Fraud Prevention, sponsored by Senator Gruters and Representative Clemons. The bill, among many things, will force big corporations to allow Floridians to easily cancel subscriptions without forcing consumers to hop through a bunch of hoops. The legislation also cracks down on annoying telemarketing calls and on insurance fraud by increasing penalties on unlicensed public adjusters. During Fraud Prevention Month, it is especially important to educate yourself on common scam tactics at FraudFreeFlorida.com.

Lastly, we had a very successful and busy eighth week of session! Ten priority bills progressed this week including measures to protect fire investigators from cancer, safeguard consumers from fraud, and help Floridians harden their homes against storms. Thank you to our bill sponsors for their hard work on these important initiatives.

Have a great weekend!